New bridge over the Arzilla River 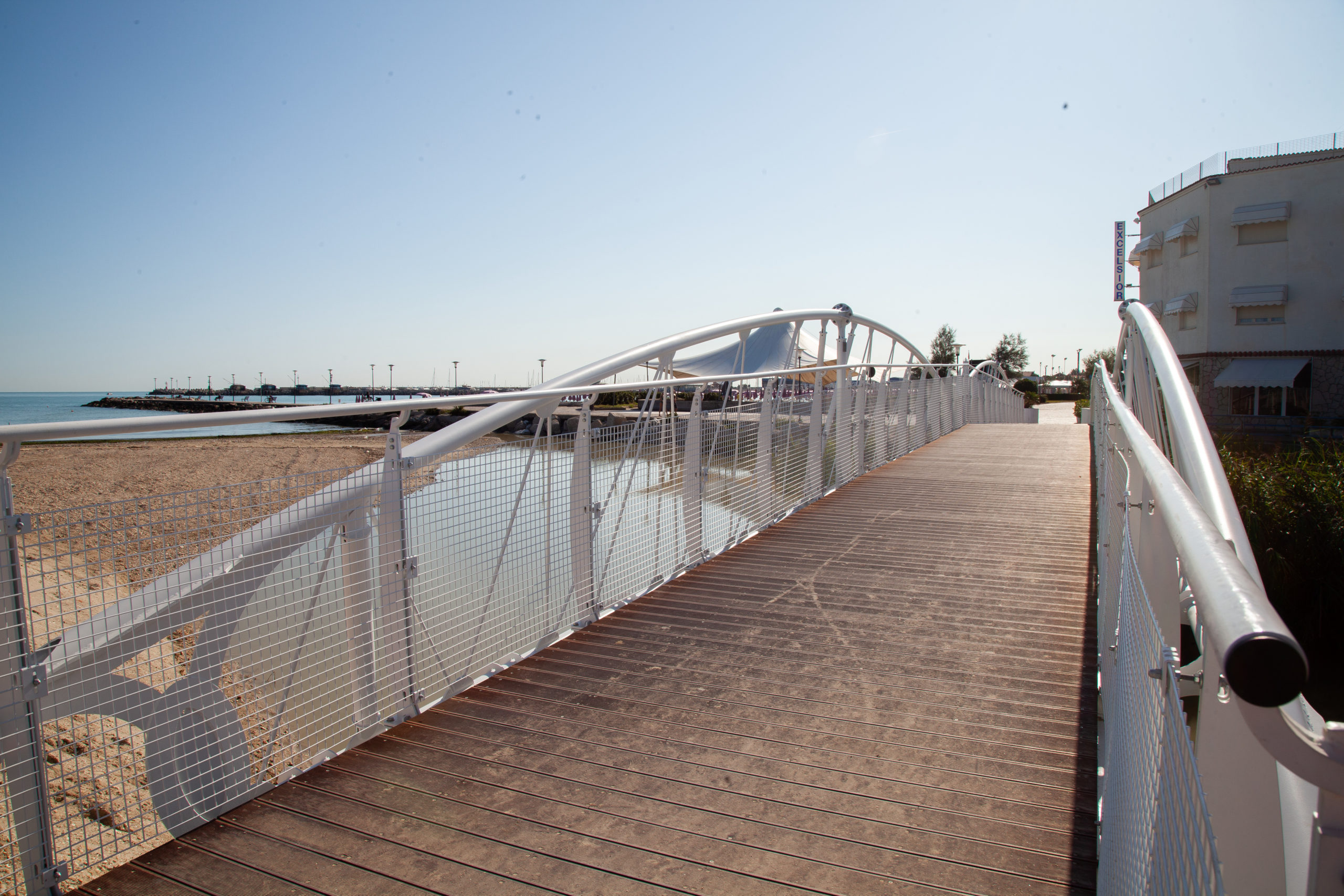 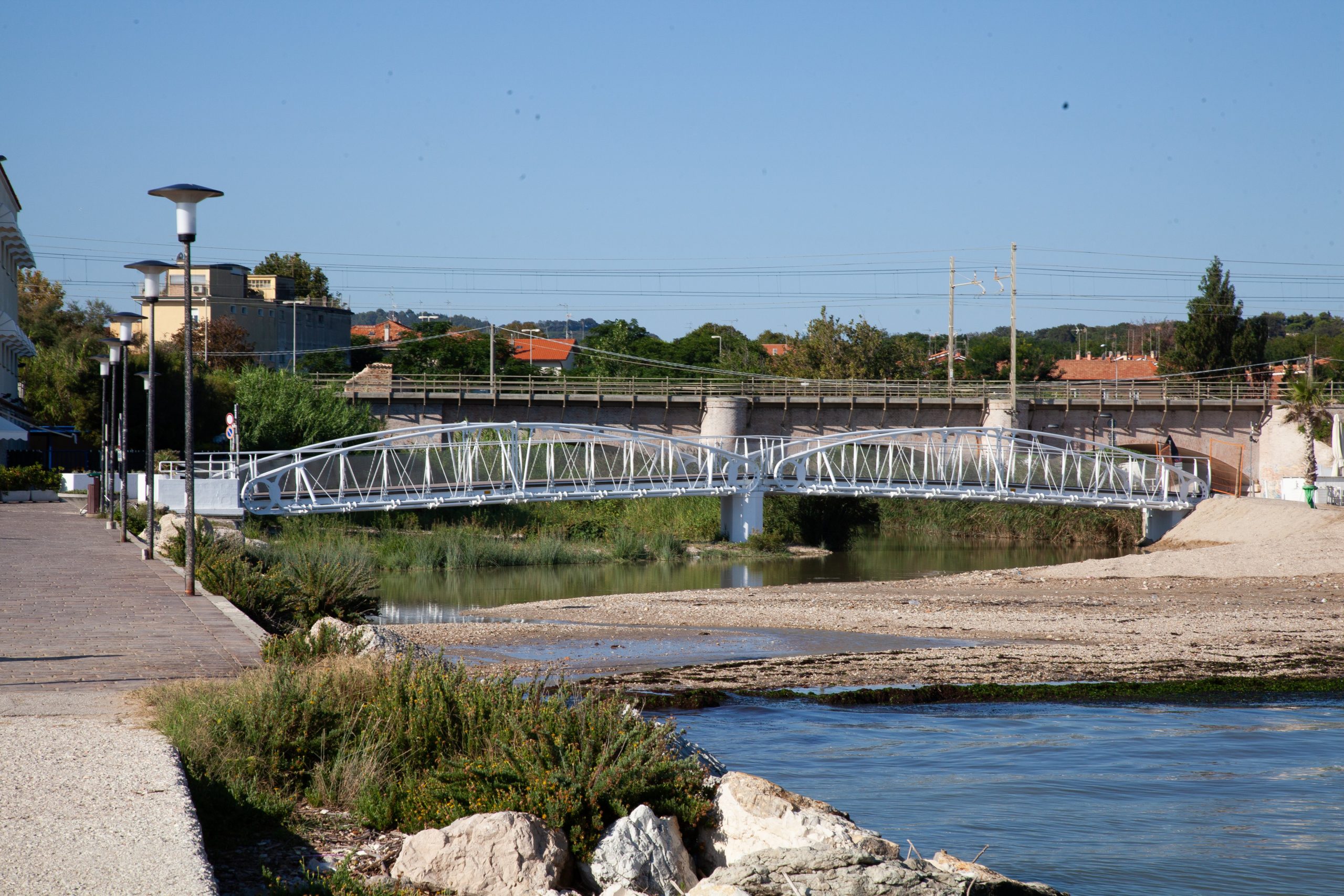 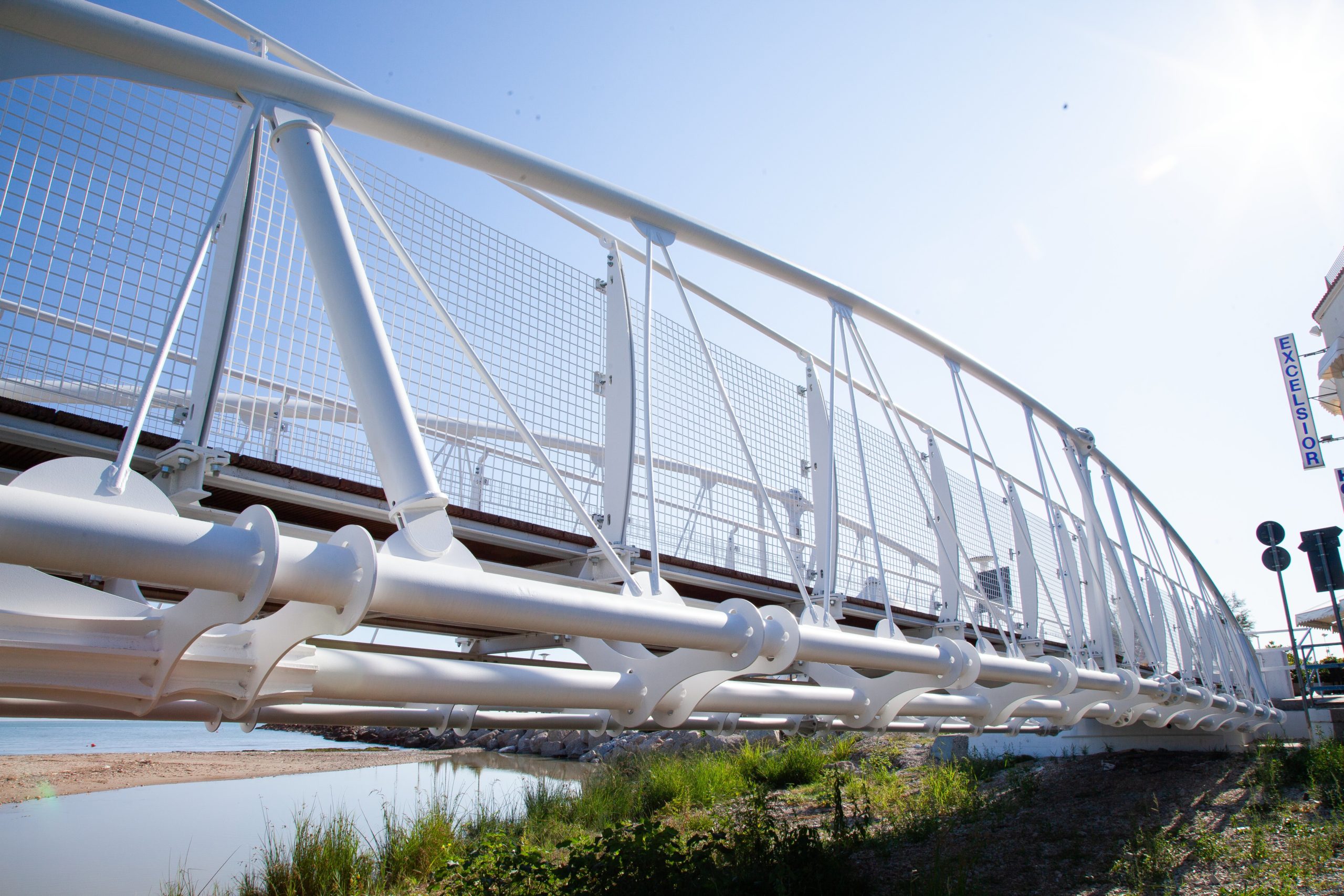 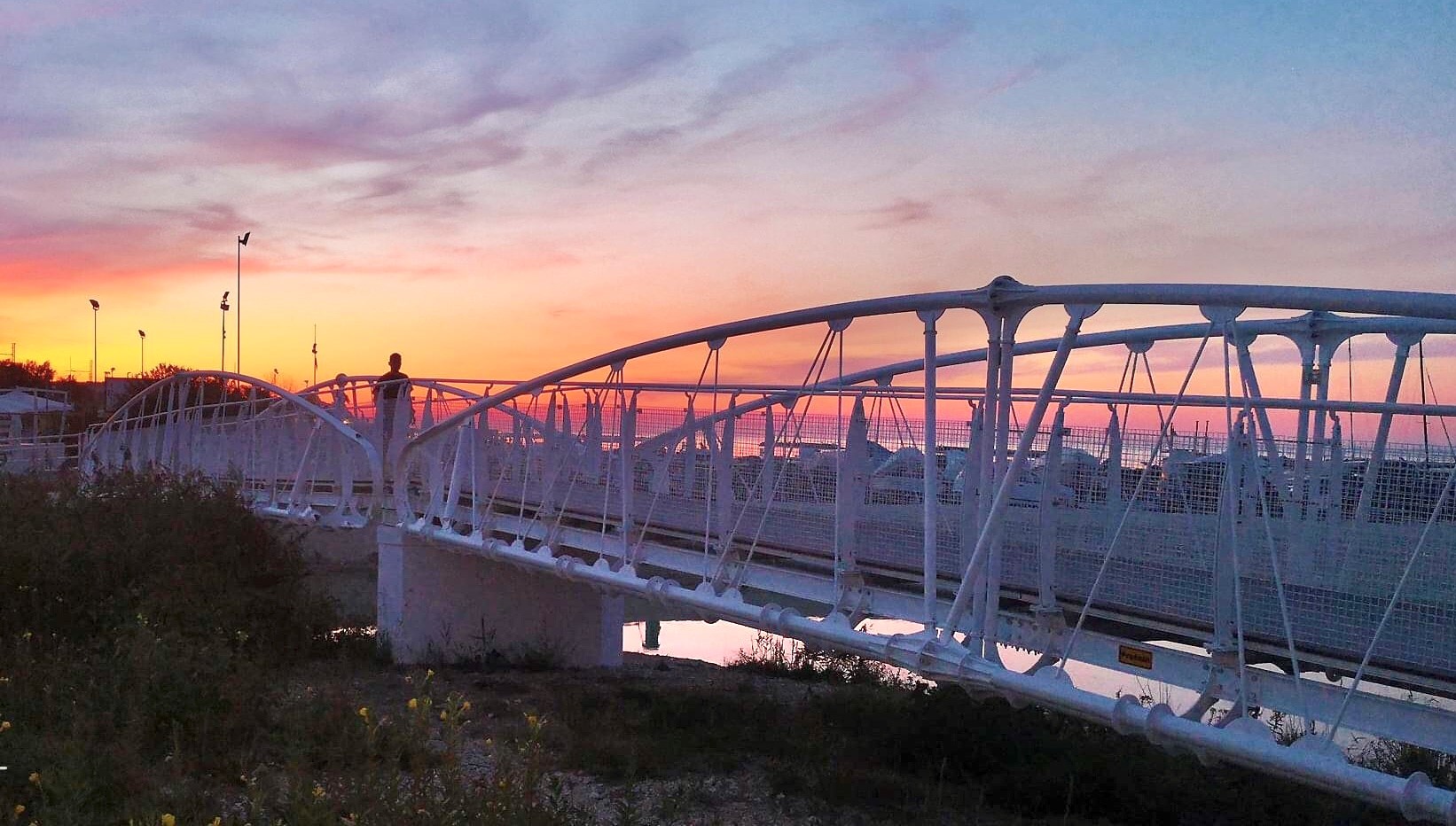 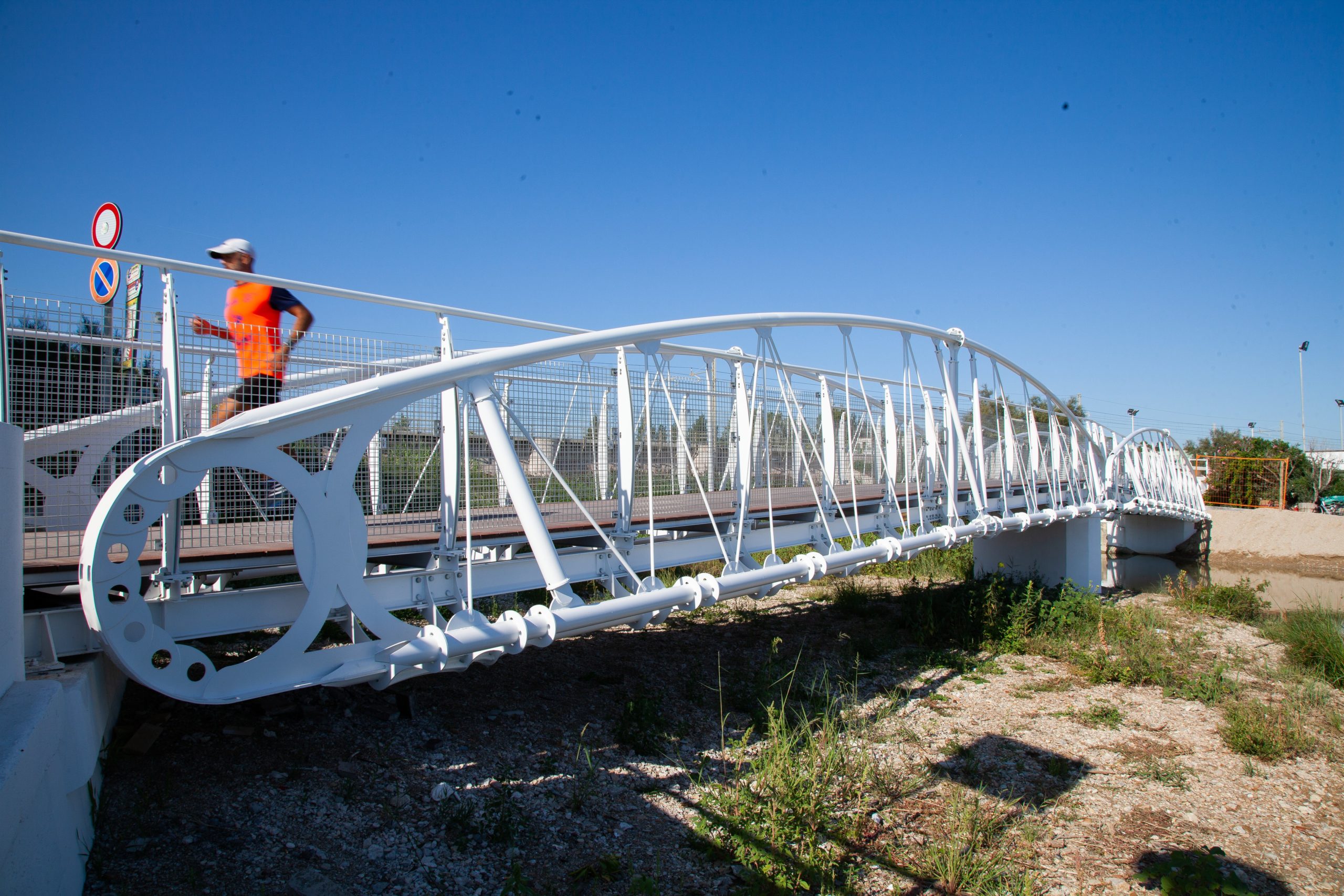 Project description:
Opened in August 2019, the new cycle and pedestrian bridge over the Arzilla, located near the city Lido, replaces the old reinforced concrete structure built by the Region in the 1980s, under the responsibility of the Civil Engineer of Pesaro at the time. The old structure was replaced by a modern, slim, lightweight lattice bridge. The work was carried out by the Pesaro and Urbino Territorial Protection Department. The infrastructure, with two symmetrical spans of 2.70 metres in height, was installed near the mouth of the Arzilla stream. It replaces the previous reinforced concrete crossing, now demolished. It has a length of about 40 metres (19.40 m per span) and a weight of 16 tonnes. It was made of galvanized steel, with a special white “marine cycle” paint finish that provides a longer lifespan near the sea and is reminiscent of the existing metal bridge in the nearby port area.  It is wider than the old crossing, having increased in width from 180 to 251 centimetres, which is undoubtedly the most important feature of the new deck in terms of guaranteed functionality.

The company Biagiotti was responsible for the metal carpentry. The two 20 m spans were painted and pre-assembled and transported to the construction site. The launching operations, which involved 8 resources and crane trucks, were completed in a few hours. The special feature of the bridge is the large number of details that made it a difficult but aesthetically pleasing project.

“Beautiful and functional construction that qualifies the area” 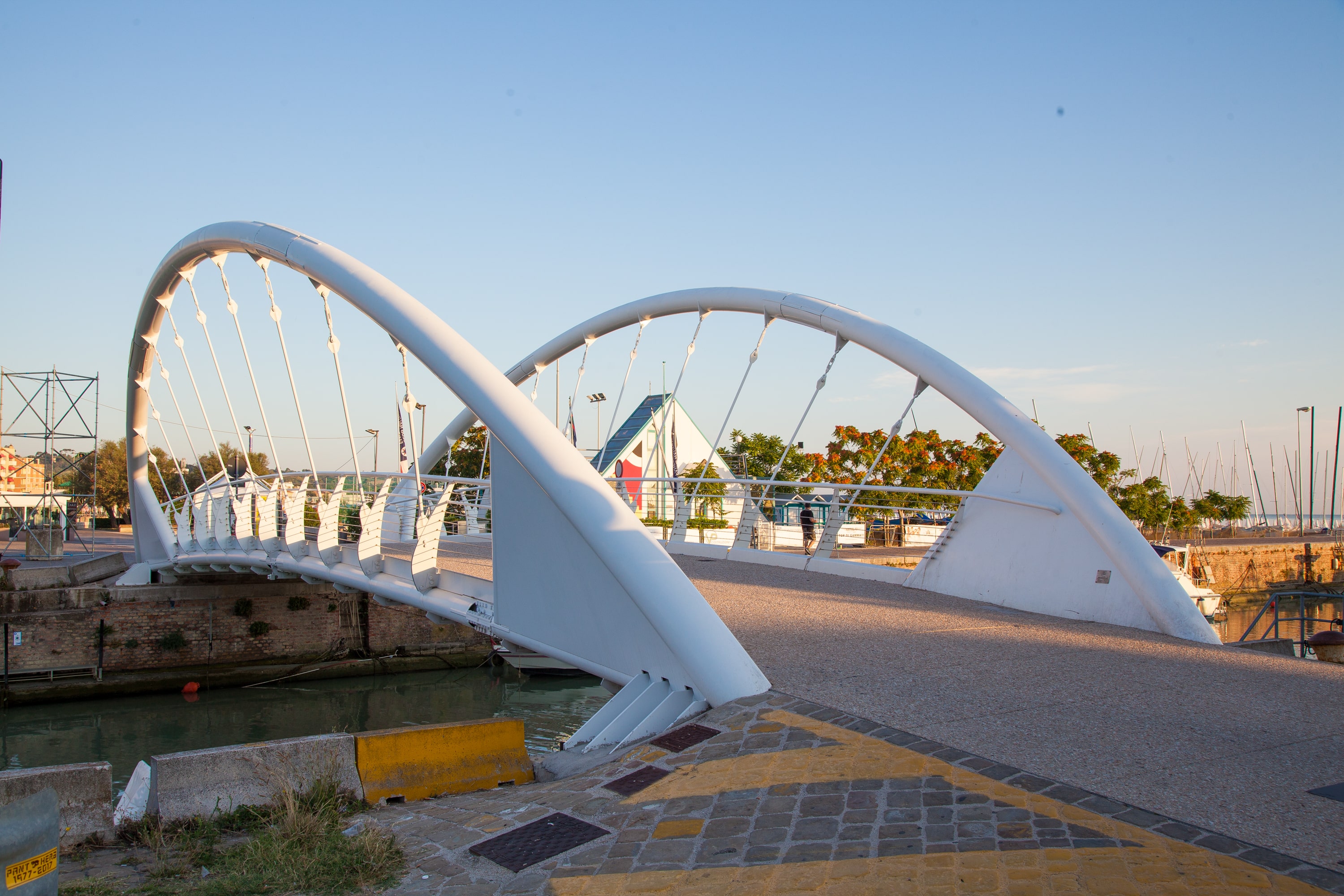 Bridge over the Albani Canal

READ MORE
Contact us, we will call you back!
SEND THE REQUEST